Interleukin-6 (IL-6) is a multifunctional protein that belongs to the IL-6 family which comprises of polypeptide cytokines characterized by a four-alpha-helical structure with molecular mass of 21-28kDa (Keystone and Omair, 2015). IL-6 has relevance in several biologic activities, ranging from inflammation, hematopoiesis, immune regulation, and oncogenesis. 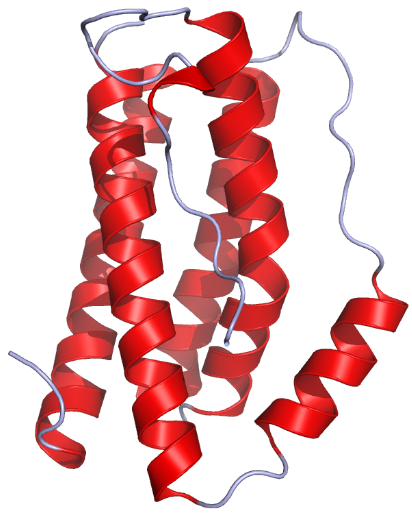 IL-6 is released by various innate immune cells of the body (mostly macrophages and dendritic cells) in defense against bacteria, virus, or other microorganisms’ invasion. Elevated blood levels of IL-6 can be indicative of inflammation, infection, autoimmune disorders, or cardiovascular diseases. 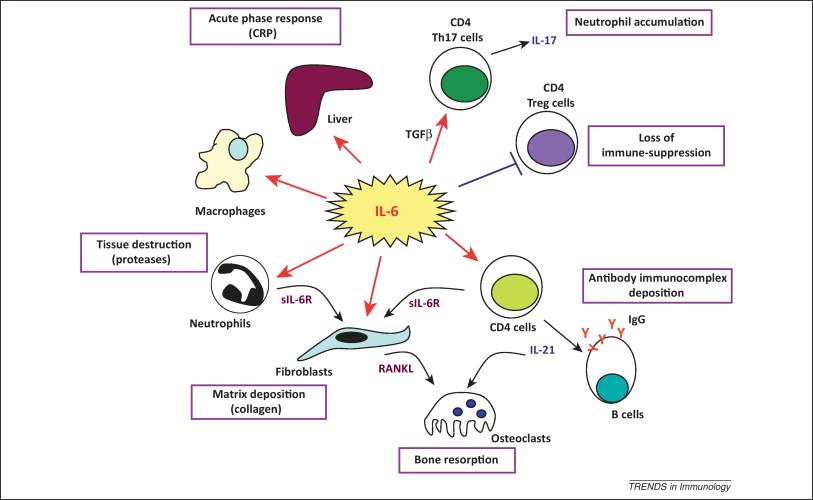 Fig. 2: Representation of several mechanisms by which interleukin (IL)-6 can contribute to chronic inflammatory diseases. Its effect on the progression of inflammatory diseases (most of which result in septic shock) may be accounted to the fact that it regulates many pathways. The overall downstream effect of elevated levels of IL-6 is deposition of antibody complexes, matrix, and proteases in the affected tissues and, thereafter, destruction of tissues. (Rincon, 2012)

IL-6 plays roles as a proinflammatory cytokine and as an anti-inflammatory myokine (cytokine produced in the muscle) amongst so many other vital roles but in this text, we shall focus on the proinflammatory role of IL-6 as it relates to sepsis. Sepsis, a life-threatening medical emergency, is a condition that is a consequence of the human body’s extreme response to an infection, mostly bacterial infections but also some viral infections which triggers a chain reaction throughout the body (CDC, 2021). It has been reported from as far back as 1989 that there is an elevated level of IL-6 from the normal blood plasma level to very high levels in patients with sepsis from admission to intensive care stage (Hack et al, 1989). According to a report by Said et al, 2021, IL-6 values in the blood of healthy donors in a meta-analysis his group carried out ranged from 0 to 43.5pg/mL. However, more reports have it that a healthy IL-6 level in serum is lower than 4pg/mL, but depending on severity and location in chronic diseases, this level rises to several tens or hundreds of pg/mL (values > 1000pg/mL may occur in a septic shock or cytokine storm) and even levels in µg/mL may be measured in very severe cases whereby exaggerated defense signaling can be life threatening (Narazaki and Kishimoto, 2018).

The summary about IL-6 in this context is that inasmuch as it sends defense signal during pathogen invasion or tissue damage, its excessive and long sustained secretion is often associated with various inflammatory diseases that could ultimately result in a septic shock.